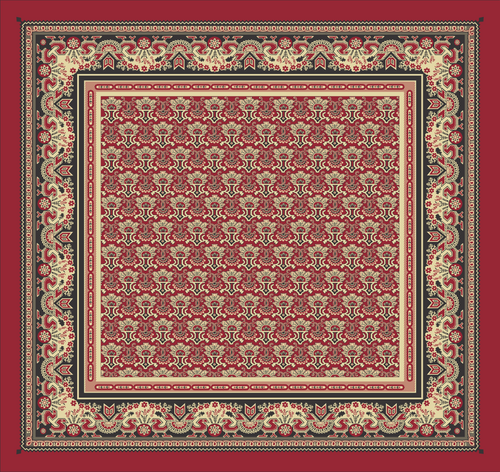 We are excited to introduce the newest of our reproduction Civil War handkerchief offerings!  This handkerchief, now in my private collection, belonged to Lt. S. Millet Thompson of the 13th New Hampshire Volunteer Infantry.  The handkerchief is 18" wide by 16" long and is 100% cotton.  The original was stenciled with Lt. Thompson's name and regiment.  We obtained this piece from a reputable antiques/relics dealer in Virginia and are more than excited to now be able to reproduce it!  See below for info regarding Lt. Thompson:

S. Millett Thompson was born in Barnstead, N.H., and lived in Durham, N.H. He enlisted on 13 August 1862 and joined Company E of the 13th New Hampshire Infantry Regiment on 19 September 1862 as a first sergeant. He was promoted to second lieutenant on 10 June 1863 and fought predominantly in Virginia during the Civil War. Wounded severely in the right ankle, during the Siege of Petersburg on 15 June 1864, in an attack on Battery No. 5, Thompson was discharged from an infirmary in Hampton, Va., on 4 October 1864. After the war, he moved to Providence, R.I., where he lived until his death on 26 May 1911. An extant collection of Thompson’s letters currently resides in the UNC Library and contains eleven letters, 1863-1864, written while Thompson served in the 13th New Hampshire Infantry. The letters were written to family members, and one letter, 18 April 1864, from Thompson requests a day pass to Richmond, Va. The letters describe troop movements around the Pamunkey and York Rivers, in Virginia, including General John A. Dix’s “Blackberry Raid,” the burning of Martha Washington’s house, and foraging. Later letters describe Thompson’s injuries from the Siege of Petersburg.  Thompson was also the author/compiler of the regimental history of the 13th new Hampshire, "Three Years and a Day." All orders placed now will ship on or before July 20, 2015.